Quickly learn software like OBS, GIMP, and other tools without the hassle of a classroom.

10 Reasons to Use Open Broadcaster Software 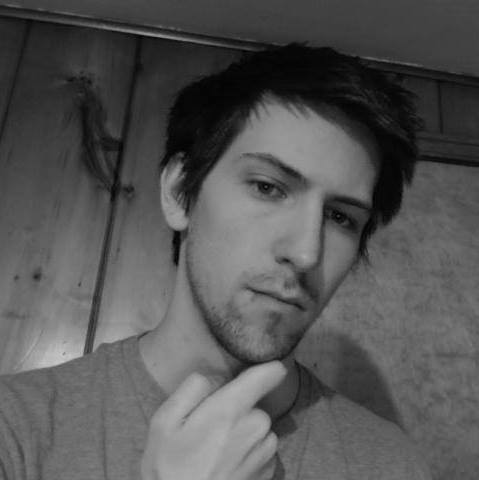 Open Broadcaster Software is a video recording program that you can use to record content for sites like Twitch.tv and YouTube. After reading my post, if you want to learn how to use it you can by watching my video course that goes inside and out on the application. There's quite a few programs out that that perform similar functions, so why should you use OBS instead? Here are 10 reasons for using Open Broadcaster Software as your app of choice.

As far as video recording and editing goes, OBS is quite a lightweight application. One worry that many people trying to record games or webcams would worry about it FPS slowdown due to all the system's resources being consumed. Very rarely have I ever experienced slowdown while playing a game and having OBS running in the background. For most cases, if your system can run whatever you need on screen without OBS just fine then it will be able to run with OBS actively recording as well. That's a really big deal for people who don't have multi-thousand dollar computers.

If you wanted to remove the background from a camera while you record or the background of an image that has a single color background, you can do that straight within OBS leaving behind the isolated object in the image. This is done by many YouTube channels when they don't want their webcam image to interfere with everything else that is going on in the video. The effect isn't perfect in all cases but does give you settings which you can tweak until you get it right.

If you record a lot of videos, then you will want different setups depending on the kinds of videos you are trying to create. In some cases you might have a scene where you're recording your computers desktop, in a vlog you might only want the webcam recording, and with a game you may have the game footage, webcam, and several overlay extras showing. Being able to create unlimited profiles and scenes makes managing complicated video recording needs much simpler.

#4 Feedback when Something is Wrong

For a startup streamer, it's important that your stream to sites like YouTube and Twitch are clean and arn't dropping lots of frames. OBS shows information at the bottom of its main window that lets you know if something is going horribly wrong including the bitrate, number of dropped frames, and a stoplight system that indicates the streams overall health. Green means good naturally.

There are versions of OBS for Mac and Linux in addition to Windows. Maybe you're the kind of person that likes playing around with different operating systems but keeping as many of the same apps as you can. With OBS, you shouldn't need to give up the application when you switch between operating systems.

With some programs you might need to mess with the settings a lot in order to get off the ground but in OBS it's relatively simple. When you select certain recording modes like live streaming to Twitch and YouTube, OBS will recommend some default settings for you to use and allows you to automatically optimize to those settings with the click of a button.

Open Broadcaster Software supports both FLV and MP4 formats for it's video output. They are both good formats for this since the file size ends up being way less than an uncompressed video would be coming out of a program like fraps. MP4 is particularly nice because of how widely used and recognized it is. For instance, MP4 works with Adobe Premier - my main video editor of choice and one of the ones professionals commonly use. It's unfortunate that OBS only offers those two formats currently but that should be OK in most cases - I've never ran into a compatibility issue working with MP4

One nice trick I liked to sometimes use is to set my recording hotkey to Shift + R and having Audacity open at the same time. This way you can have audacity recording your audio where it's already just about synced with your video file and you can edit the audio before you go to edit in your video editor. Tricks like this are only possible because Open Broadcaster Software has a series of hotkeys you can set to whatever keys you want.

OBS has the feature of being able to save replay highlights as you are recording which would come in handy if you like to do live streams. Rather than sort through hours and hours of video footage to find the best clips, you can save time by creating seperate replay video files like in the background while they are happening. Naturally, there's a hotkey you can set to do this with keyboard strokes of your choice.

It's called Open Broadcaster Software specifically because the application is free and open source. That means any developer who comes along, as several have, can create plugin extensions that integrate into the application and extend its functionality. It's great because more features are being added as people need them. For instance, I like using the Scene Switcher app which lets you go between different visual setups on the fly while recording (like switching to a commercial break screen). Features like integrating plugins is something I talk more about in my video course on OBS.

What Do You Think?

I truly believe that online learning is the way of the future. The ability for students to learn almost any topic at their own pace through video or text content is changing how learning is done. In my blog, I'll give opinions about the subject of online learning and make mention of the video courses that I create and are available on this site. If you want to see some of my free tutorial video content, feel free to check out Chris' Tutorials on YouTube, my channel that covers tech and software tutorial subjects.